The first transatlantic cable communications took place on August 16, 1858, reducing the communication time between North America and Europe from ten days – the time it took to deliver a message by ship – to a matter of minutes.

In 1859 Charles Dickens, the famous English writer and social critic, wrote A Tale of Two Cities. Did the prospect of global rapid communication inspire him to write some of his classic novels? 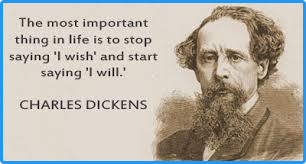 It was 13 years later in 1872 that the India Rubber, Gutta Percha & Telegraph Works Company presented a series of cables for the proposed link between Lizard in the United Kingdom and Bilbao in Spain. The connection would allow an increasing number of telephone calls to be made between the two countries.

Lizard, in the county of Cornwall, is synonymous for its rugged coastline and hilly walks and it just so happens that one of Charles Dickens' favourite pastimes was walking this stretch of coast.

Did Lizard, with its rugged coastline and ideal location for cable communications with Europe, influence his famous writings and quotes? 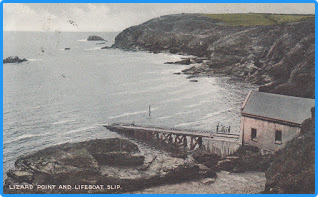 The cable being proposed for the Lizard to Bilbao connection differed in that for the first time, they were presented in a rubber encasement. Cables manufactured in 1858 through to 1865 had exposed steel outer strengtheners which were prone to corrosion and subject to imminent failure. 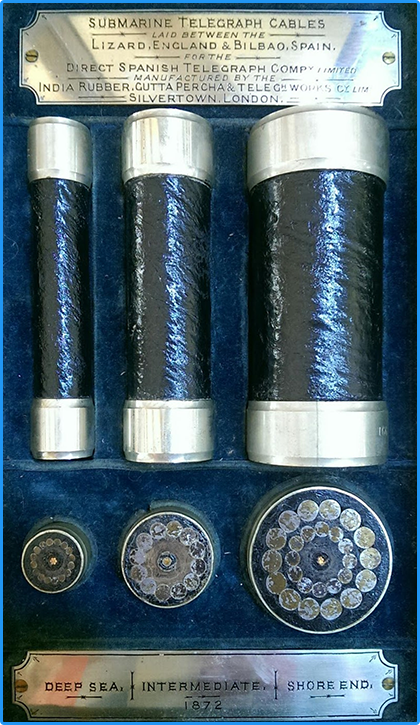 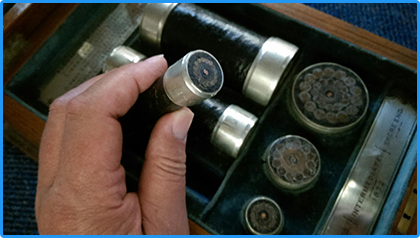 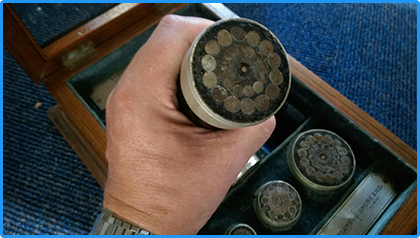 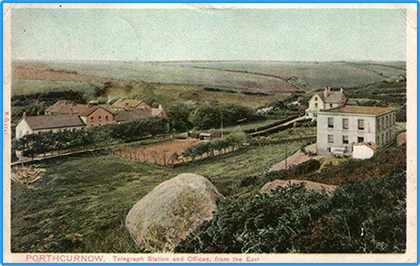 New Cable Station built in 1909. Reverse of the postcard

In 1919 CS Stephan also laid a direct Porthcurno - Gibraltar cable and in 1925 CSColonia linked Porthcurno and Bilbao. The 1884 Lizard - Bilbao cable acquired by the ETC was first diverted into Falmouth and then Porthcurno. 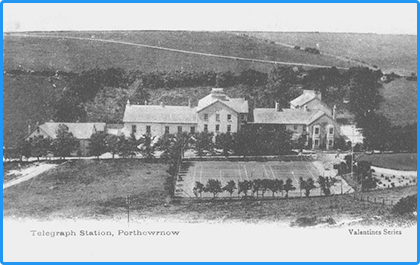 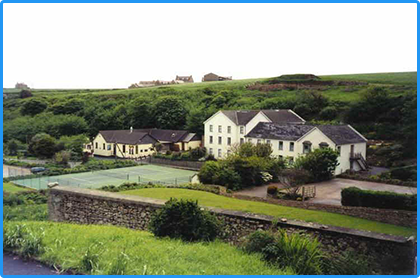 The first station, built in 1870, had a number of extensions over the years to accommodate the additional staff needed as the number of cables terminating at Porthcurno increased. In 1909 a new cable station was built to house the equipment, and the original station became the administrative offices and accommodation for the station staff. The station also trained operators for work overseas, and on completion of their training they would be despatched overseas at a salary of £52 per year. Increases were made on merit, and if an operator made too many errors while transmitting, his salary increase would not be paid. 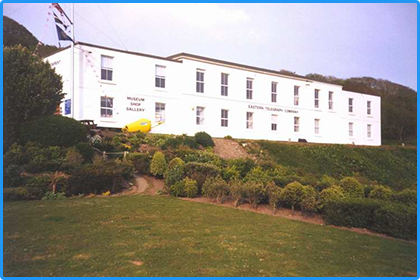 Extensions were added to each end of the building in 1911 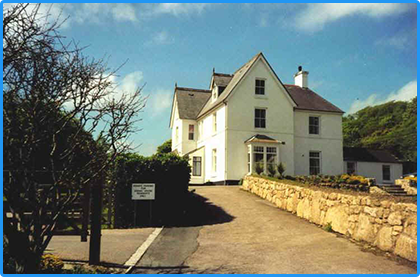 During the 1914-18 war 43 soldiers were sent to guard against any enemy attack on the station, but no such incident occurred. Although security precautions were not taken before World War 2 was declared, immediately after 3 September, 1939, 300 infantrymen arrived to protect the cable station. Pillboxes were constructed at various points overlooking the beach. A flame barrage was laid on the beach itself to prevent seaborne attacks and anti-aircraft guns, and artillery pieces, disguised as bus shelters or haystacks, were sited close by to prevent attacks by air or sea . The whole area became a closed site and no one was allowed anywhere near without a permit. 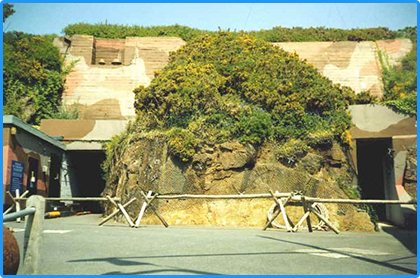 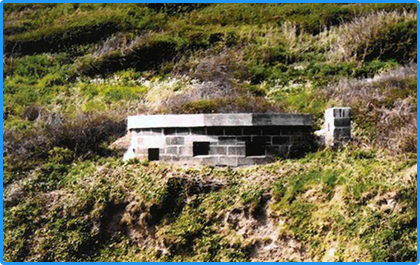 In 1940 two hundred Cornish tin miners were employed to excavate two tunnels to house the equipment. In ten months of digging they removed 15,000 tons of rock creating two tunnels, each 26 feet wide, 23 feet high and 150 feet long. It was opened for use on 31 May 1941 by the C&W Chairman's wife, Lady Wilshaw. The equipment remained in the Tunnels until the closure of the station and this area now forms the working display section of the Museum. 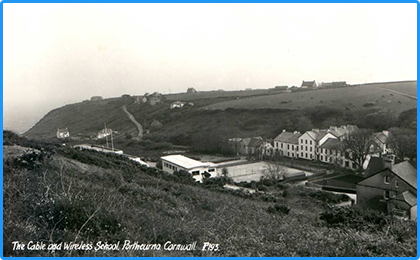 
On 9 June 1950 the C&W Engineering School (building near centre of postcard) opened at Porthcurno. Here students completed the second half of an eighteen month course; later the whole course was taken here. In 1993 the school moved to Coventry and the building used was subsequently demolished. 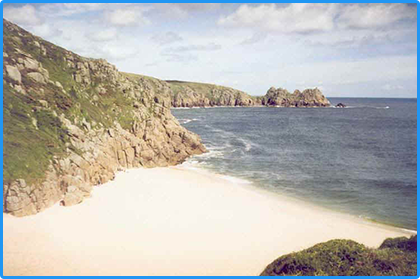 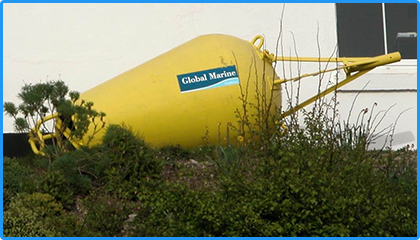 Cable buoy outside the museum


On 31 December 1970 the cable station closed after 100 years of service. All that remained was the Engineering School, which was to move to Coventry in 1993. After the closure some of the buildings were demolished, some sold off. The original cable station building, Zodiac House, was partially demolished, the remainder being converted into holiday apartments, which were sold. The Superintendent's House, (Mercury House), was converted into five holiday flats for letting, and the 1909 building became the Museum shop and Gallery as well as the administrative offices.